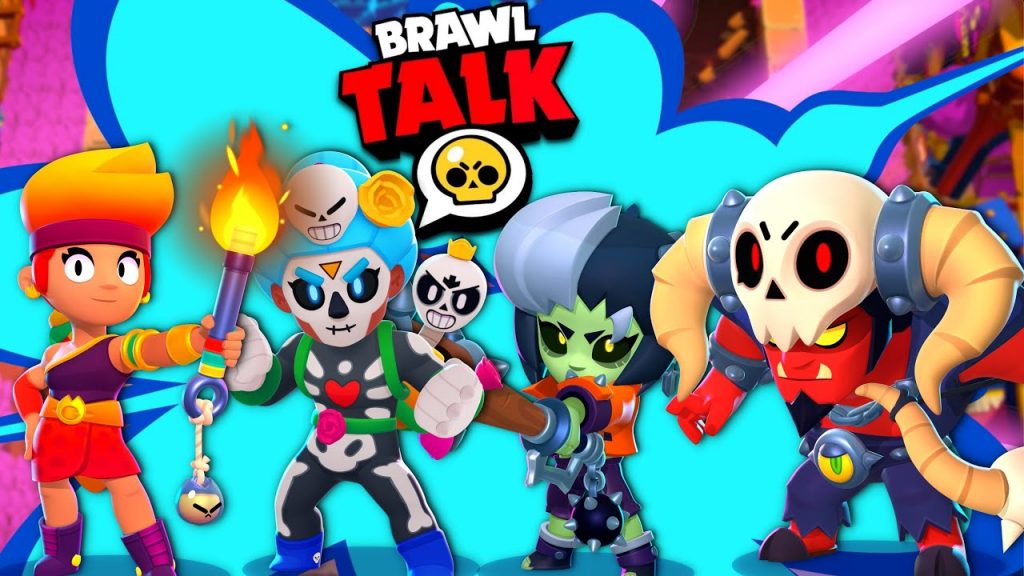 She’s Legendary and she’s all about the fire to compete with Poco and EI Primo as entertainers, she decided to juggle fire, spitfire, and she’s not very good at it. Her main attack is a new, unique mechanic. As long as she aims the attack button, she will deplete ammo with that fire and once again, is throwing a bottle of oil. It’s spilt on the ground and she can ignite it. It stays there for a while, so she can just save it up for the right moment and she will be available on the day after the update.

As for the skins, we’re getting Underworld Bo and Zombibi since they are Supercell Make skins, they won’t be seasonal like the Brawl-O-Ween skins.

Rosa will be getting her first skin, Her default model is also getting some new animations. Coming in this update is a Brawl-O-Ween challenge where you can earn Star Points and Coins. More importantly, if you beat it you can unlock this awesome skin before anyone else in the world and we have exclusive pins for the winners that won’t be available unless you beat the challenges and we’re having the Brawl Stars World Finals 2020.