Brawl Stars Beginner’s Guide – Hey Gamers, Getting started with the game? Don’t know what to do? How to perform? Losing Continuously? Then this article is completely made for you, Read till the end, I am pretty sure that, You guys going to learn a lot. 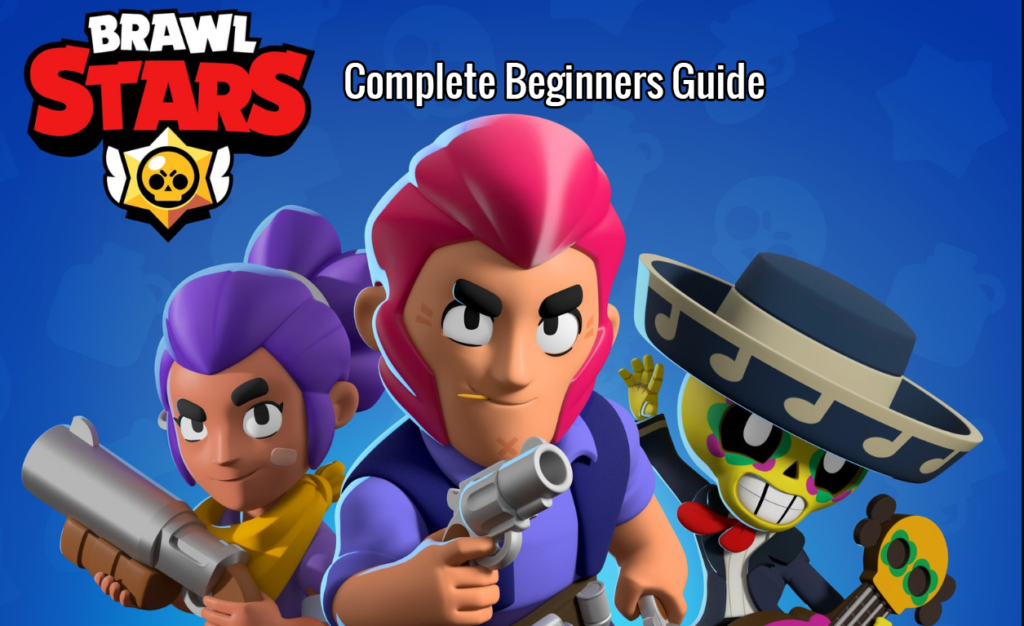 Brawl Stars has been launched worldwide & Its running successfully. Many Brawlers are getting revamped and new skins are coming!

Brawl Stars is a new interesting MOBA (Multiplayer Online Battle Arena) type game from the great creators of Clash of Clans, Clash Royale, Hay Day, Boom Beach. And we Believe that this game is going to hit worldwide.

So as a Gamer, You have to choose one character from a variety of Brawlers And use different strategies to dominate the enemy brawlers on different game types with different objectives on each.

So, How to give commands to your brawlers? There is a virtual joystick at both sides, On the Left of the screen, there is a rotating Virtual Analog, Where you have to rotate to move your character on 4 directions.

On the Right Part, There is another control to launch an attack, Basically, You have to swipe to select the area where the attacking would be performed. You can also tap to instantly attack.

There is a Brawl yellow skull symbol, Which indicates a Special Brawler Attack, Which you can launch on the enemy, You have to swipe and attack the enemy or tap to launch it, Special Brawler attacks are loaded when you damage the enemy.

On the Battle Arena, If you see, Brawler has something on his head, One Green Bar which is for HP and another three red bars, Which is the number of attacks you can do at a time.

For example: Take Colt, If he has three bars, Then he can shoot 3 times, Then after he has to wait.

Both HP bar and Attack bars get reloaded with time, If you are running on low HP, Hide somewhere in bushes to regenerate health. 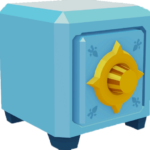 For example, Gem Grab mode in it we have to gather and hold gems, Whereas Shown down is last man standing wins.

The Team Which Grabs and Holds 10 Gems till countdown wins (16 Seconds), When a Gem holding Brawler dies, Gem spills out

Free For All Game mode, Destroy Other nine and win the battle

Take out Enemies Safe or Damage it the most to win

Like Football, You have to fight and take the ball and score Goal.

Battle With 4 Other teams, With your teammate, Last team standing wins

So that’s all about game types, Depending on Each game type, change strategies and work.

There are different types of events, Mainly 4 events are present in the Battle tab.

Checkout all events on Brawl Stars

Similar to Clans in Clash of Clans, You have to create Bands here to enjoy the game with multiple friends, Share strategies with them.

This is one of the main tips I have, You should know your brawler, Each Brawler has their own Strength and weakness, Attacking range, Speed, Special Attacks.

So, If you know completely about your Brawler, Then you can perform really well in the game.

EL Primo – Powerful Wrestler Type, He is Close Combater, So Must Reach out to Enemy, He is bit slow, Good HP.

Colt – He is Long range shooter, You can shoot from long range, He is Good in speed, But low health.

Shelly – She is Shotgun Holder, Her attack spreads wide but area is less, You have to go closer and attack.

So each of them has their own special abilities, Pro’s and Con’s, As a Beginner, You should know about your Brawler. It is very very important.

Know About All Brawlers in One Place

So, If you are getting started to the game, You should always remember what the game objective is

Gem Grab – You just need to Grab 10 Gems and defend, You don’t need that much aggression than showdown.

Brawl Ball – You need to be bit aggressive to score goal.

Showdown – Where you have to be sneaky and aggressive.

So knowing the objective of the game and selecting Brawlers according to it is very useful.

Tip 3 – Know When to Retreat

In Brawl Stars, Whenever you are damaged and idle, Your both Attacking bar and Health Bar regenerates at a Period of time, So don’t keep on fighting, Know when to retreat.

Take Rest! and fire back.

If you are damaged you can hide in a bush, or Poco Brawler in your team can help you heal fast. Don’t Forget! The enemy also has the same thing.

You will Regenerate Only If you are idle for a particular amount of time.

Dodging is very important in the game, Obviously, you don’t want enemies Super attacks and attacks to be focused on you.

Never Ever Have a Fixed Pattern of Movement, Always randomise your pattern, So that it will be tough for the enemy to Guess!

There are three types of dodging, However, it depends on speed of Brawlers too.

So it depends on the Brawlers you are using too.

A healthy pattern is randomizing your movements So that enemies cannot predict you easily!

Tip 5 – Watch Circles Around Your Enemy

When the enemy is ready to launch his special attack, a Yellow colour circle is surrounded by your enemy, So watch out for him When the enemy has star power unlocked, A star design will be formed in this circle.

You can use it to scare your enemy, Hold Special Attack, and keep on moving near and far from the enemy for Area Control for few mins.

So before starting to play with other players, I would advise you to practice a lot with Bots, Thankfully, There is a Practise option in the game, Practise with bots.

Check out their range, How good is their attack, How much speed they have, How powerful their special attack is and what it is, After winning matches against bots, You can go and play real matches.

Try out different brawlers and find out which one suits you.

In this game, All the Brawlers are kept on moving in every single second in different direction, So if you are using any long range brawler, You should guess and shoot according to his movement.

This is hard but if you want to excel in this game, You should practise it and should guess the enemy movements and shoot according.

This tip is very crucial for Long Range Brawlers! Practise with bots. In case of Gem Grab, Heist you can easily predict opponent movements.

Most of the events in this game are played with team, So You should play according to your team, Supporting your teammates. Designing strategies according to them.

For example: If its Gem Grab, Your duty is to defend the person having most gems.

You can choose Brawlers such as Pam, Poco which have healing abilities, Helping your teammates to heal faster and fight more!

Tip 9 – Never Group at the same Place with Your team

There are many reasons why you should not group at one place, Many Brawlers, Throwers have Area damage, So on one attack, Damage will be dealt with all of them in a particular place, So it is better to be bit far distance.

Tara, A mythical Brawler which creates storm and groups all of them to one place, Avoid getting trapped from those situations.

So if you are smart enough, You can use these obstacles as your advantage, Most of the Brawlers cannot shoot or their attacks pass through it, Except lobbers and Brawlers with special ability can hurt you.

So Always know the type of enemies.

Get the Game on Google Playstore

These are some of my Brawl Stars Pro Tips, If you have any other tips, Please let me know in the comment section below.

Watch out the video from our friend Kairos to gain more tips!

We hope you have liked our article on Brawl Stars Beginner’s Guide, If you keep all the tips and have understood all the basics which I taught your above, You are no longer a newbie.