Duo Showdown So, What Brawl Stars team has to offer for the people who want to play Showdown with their teammates? The answer is Duo Showdown. 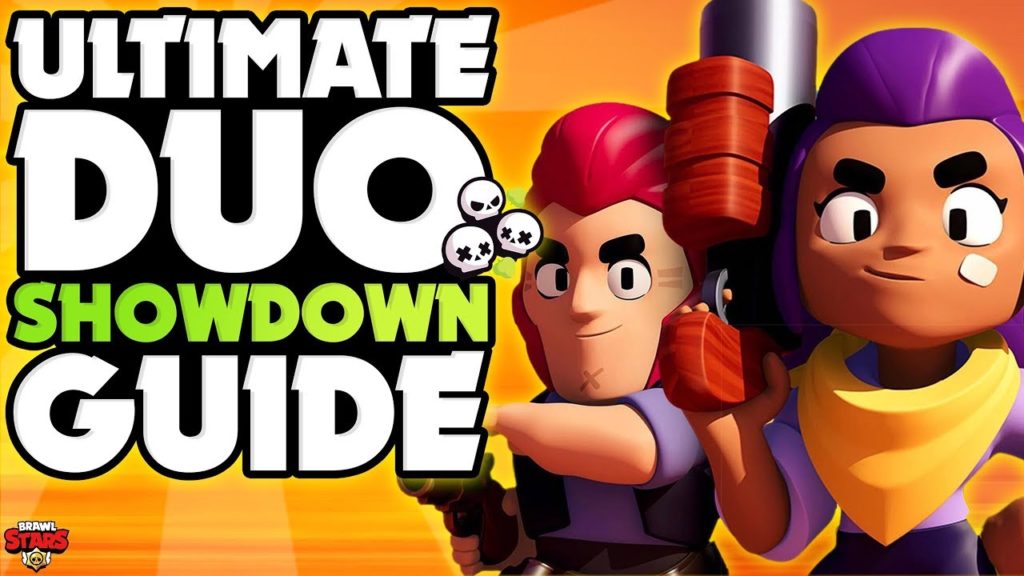 In this article, We will discuss Duo Showdown Event, Latest Tips, Tricks, Strategies, Downloadable maps and much more.

“Take down the other four teams. If you are defeated, you will respawn in a while if your teammate is still alive!”

Tips & Strategies to Rock in Showdown

These are some of duo showdown tips

These are some of the best combos for Showdown

Though Both have less DPS, they have high chances of survivability, Poco’s healing ability along with Pam’s healing turret, Will definitely give tough competition.

El Primo with Piper or Brock

El Primo close combat will protect the long ranged sharpshooters from reaching near, Whereas the shooters will snipe and do their jobs properly.

Frank with Lobbers or Shooters

Frank when combined with Barley, Dynamike or any long ranged shooters makes a deadly combo, If Frank could stun of any enemy, Shooters could easily kill others off.

Try to pick combo having one High tank and a high DPS brawler, So that you will have a higher chance of survival.

Get Brawl Stars From Playstore

We hope you have liked the article on Duo Showdown Brawl Stars Guide, It is really a fun event with your teammates. Check out above video and get more tips, Learn more tips from that video.