Tara is a powerful Brawler which comes in Mythical Brawlers Category, Has a witch-like appearance, Throws Tarot cards and damages here enemy badly.

It is said in the game that, Tara came from far away land to read your fortune and it simply says defeat, Haha!

“What’s in the cards for you? This mystic from a far away land has come to read your fortune. It simply says: DEFEAT!”

“Tara flicks her wrist, snapping off three tarot cards that pierce through enemies. Quite a trick!”

“Tara’s greatest illusion draws her audience inexorably in. Everyone caught in the attraction will bump heads painfully!”

“Tara and her allies are able to see all enemies, even inside bushes, for 5.0 seconds.”

“Tara’s Super cracks open a dimensional portal! A shadowy version of Tara appears to heal Tara and her teammates.”

How to use Tara Brawl Stars?

Tara can be used and controlled very easily, Use left analog to control her direction, Use right analog to either swipe and shoot or tap to shoot, Press her super button to place the marker and then launch her super.

Tara is a very good player at Gem and Grab, With her attack, she can push enemies back, She has a long range and good speed.

Use Tara’s Super to trap the high gems holding guy, So that you can escape easily.

Support close combat Brawlers from behind.

Very good player at bounty, As you can use your super gather enemy troops and your teammates have good chances to destroy them.

Very good player at Brawl Ball, As the enemy Brawlers, will mostly gather around a place, So Tara will be very effective there. 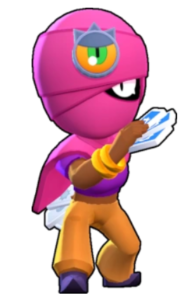 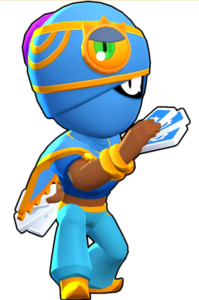 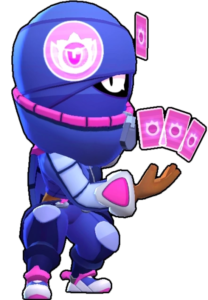 Tara is easily unlocked by opening the Brawl Boxes regularly, Tara has currently only one default skin, More skins for Tara is coming on future updates.

We hope you have like the article about Complete Guide on Brawl Stars Tara, Tara is a powerful mythical creature, Not that much complicated to use her, If you are good at using Shelly, You can use her easily too.