Rush Wars Soft launch is going to be released in few hours 4 AM EST & only for few countries such as Australia, Canada, New Zealand and there is no official news about the release of the game in other countries. 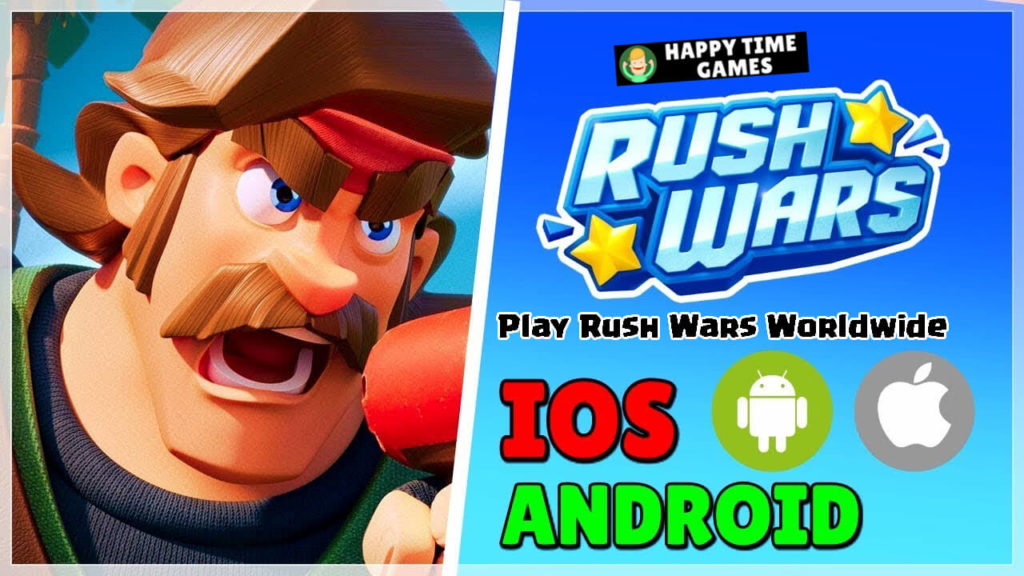 This thing made all the Supercell fans including me very angry, They did the same for Brawl Stars, Soft launch was in only few countries, May be because the game is in testing stage and might have lot of bugs, They want to launch only in few countries and test. But, As a die hard Supercell gamers, Why should we wait? We have coined our own way of getting into the game, As usual.

How to Play Rush Wars in Any Country (Android)

As Soon as you are into the game, Make sure you connect to Supercell ID as soon as possible, So that your gameplay is automatically synced to Supercell’s Cloud.

Follow the video below for the exact steps and you can enjoy Rush Wars Soon.

After both the Methods, Follow the exact same procedure & process mentioned below, To get proper working and safeguard your gameplay.

Follow these simple steps for Android and play Rush Wars world wide and using simple hacks, Many Youtubers do the exact thing to connect and play.

How to Play Rush Wars in Any Country (iOS)

Will I Lose My Data When the game is released worldwide?

The main objective is to start playing the game as soon as its getting launched, So that you can easily max the game very fast. To prevent losing any data and progress, It is advised to always connect to Supercell ID, So that it syncs your data to cloud!

When the Beta Version is Launching?

Beta version is about to get launched on 4 PM EST in Finland which is few hours to go.

We hope you guys have enjoyed the article on “How to Play Rush Wars World Wide” , Facing any problems?? Feel free to contact us in the comment section below, Subscribe to Happy Time Games and press the bell icon to recieve instant updates about Rush Wars Game, Tips, Tricks and much more!