Hey, Whatsup Guys, Hope you are Brawling Well, We are really excited to test the new Brawler EMZ, Which stands for Electromagnetic Zombie, Basically, She is a Zombie Brawler & She looks like the sister of Tara. 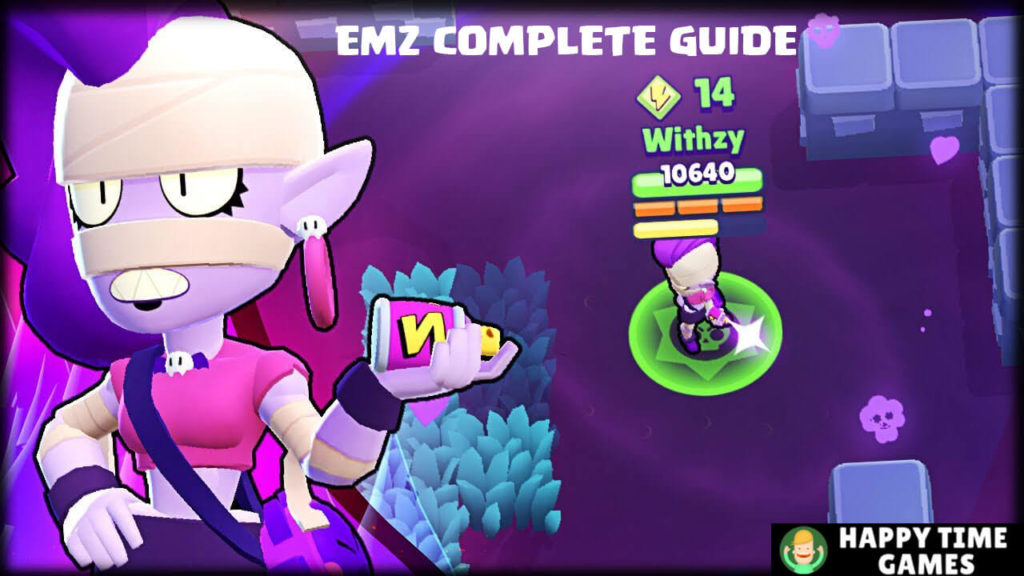 EMZ is a social media star, She looks like a good girlfriend for Mortis. In this article, Let’s discuss EMZ’s Tips, Tricks, Guide, Wiki & Star Powers and how to unlock her and many secret strategies and recipes, which could be done when she is released.

“Emz attacks with blasts of hair spray that deal damage over time, and slows down opponents with her Super.”

With all the above Facts, We can confirm that EMZ is a powerful team brawler like Sandy, Gene, Pam.

“Emz gives you a blast of her hair spray! It’s strong enough to melt your face.”

“Emz creates a cloud of toxicity around herself, slowing down the movement of enemies and damaging them.”

“EMZ pushes back all enemies around her while also dealing 500 damage.”

“Enemies that stay within the cloud of Emz’s toxic hair suffer increasing damage, 20% per hit.”

“Emz recovers 200 health per second for each enemy inside her Super’s area of effect.”

Tips to use EMZ in Brawl Stars

Use the Power of this Toxic Zombie to win every game

Here are a few strategies to work it out with EMZ.

In Gem Grab, Try to capture the area in the center with her Attack Spray, Spray them at the center area, So that it will prevent any enemies from getting gems and your team will get area control.

She will be very effective at showdown, As the normal map toxic clouds are surrounding the arena over a period of time, Her Toxic cloud can also reduce the area of enemy, This or that, Enemy must take damage, And same in case of super, Enemies cannot escape in any aspect.

She is very good with Brawlers such as El Primo, Rosa, Bibi, Mortis. Try different combos. One to safeguard her from nearing troops and She will take care of rest.

Same in case of Brawl Ball, Spray the area with 3 attacks at the time of starting, So anyone coming in that area will suffer the damage, If multiple brawlers are coming, Then multiple damage.

EMZ Skins & How to Unlock EMZ? 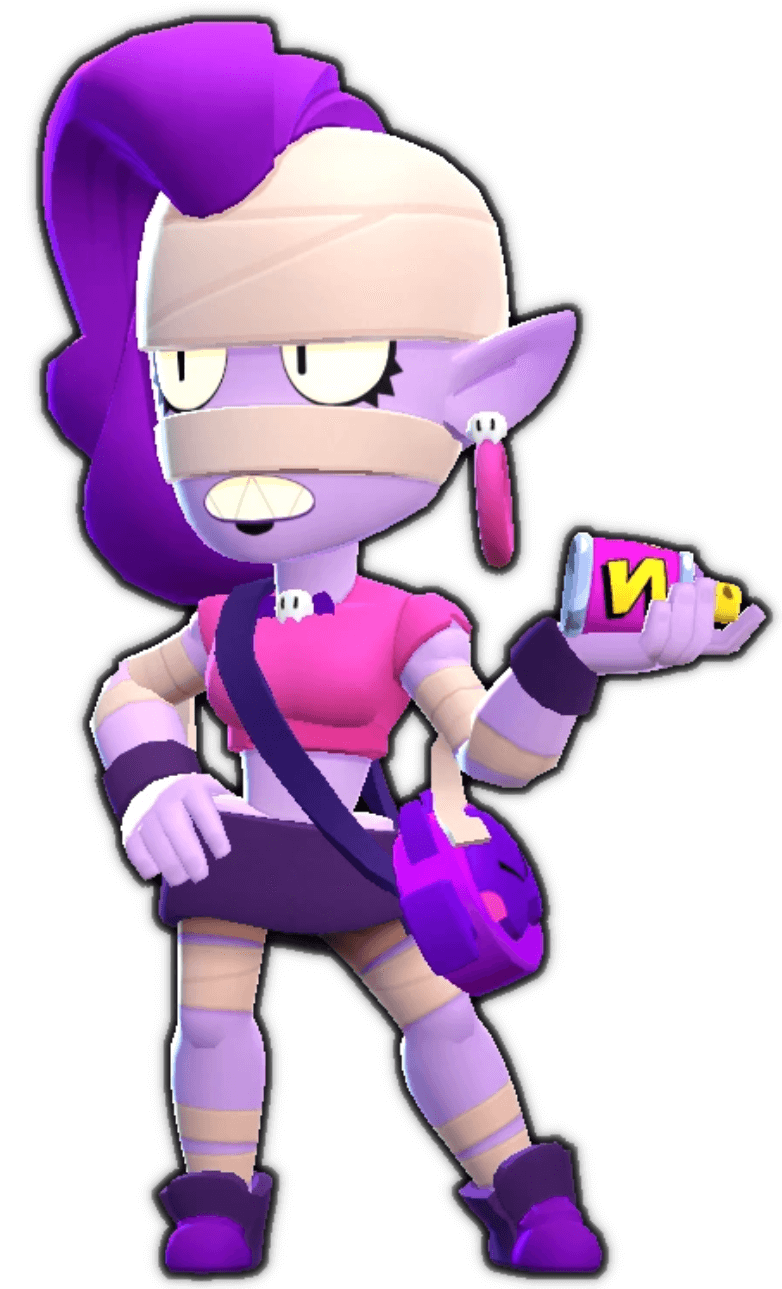 EMZ is Common Brawler, She can be unlocked easily for free at 8000 trophies, So ready up the trophies and get her free, EMZ Release date will be this upcoming Halloween.

We hope you enjoyed the article on EMZ breakdown, Tips, Tricks, Strategies, and her release date, Subscribe to Happy Time Games and press the bell icon to receive updates about Brawl Stars as soon as any update comes, Thanks for reading.