Gene is a powerful Mythic Brawler, Who has a magical lamp in his hand & He uses that for combat purposes, This brawler has some magical powers.

Gene is one of the powerful Mythical Brawlers in the game, He can come handy in many situations, Let’s learn about Gene’s latest Guide, Tips, Strategies, Tips, Strength, Weakness and much more in this guide.
Read more about Brawl Stars April 2019 Update 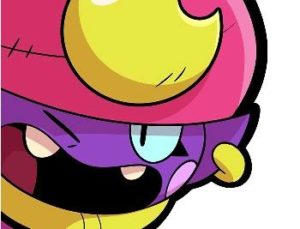 “Gene uses his magic lamp to shoot a splitting projectile. His super is a magical hand that grabs and pulls enemies close!”

“Gene shoots a solid ball of magical smoke from his lamp. If the ball doesn’t hit a target, it splits up and spreads the damage in a cone.”

“Gene launches a magical hand from his lamp. If the hand hits an enemy, they get pulled back to Gene’s location!”

“All enemies close to Gene are instantly pushed back. Gene also restores 1000 health.”

“Gene heals all friendly Brawlers around him 400 health per second.”

“When Gene’s Super is fully charged he does +300 damage with his attack.”

Complete Guide to All Brawlers in the Game!

Following mentioned are some of the key tips for character Gene

Let’s check out some of the Strategies of Brawl Stars Gene.

In Gem Grab Event, Use gene to pull down enemies holding high gems and damage him, Kill him and gather the gems, Also you can pull enemies who are near Magical mushrooms or energy drinks, You can pull them towards you, So that they cannot enjoy benefits of it.

In Showdown Event, You can pull the enemies who are near to Powerups to prevent them from getting it, One crazy idea which I did was, I pulled enemy when Meteor was targetting me, And I ran away which killed up the enemy.

You can adjust according to the modifiers, You have.

In Siege Game mode, You can pull the robot, At a very long distance away from your home base, Which will give some good amount of time for your team to recover.

In Boss Fight, You can pull the hiding boss towards you & Your teammates to deal with some good amount of extra damage.

Gene Skins & How to Unlock 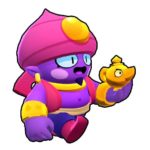 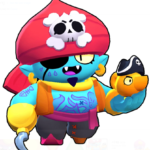 Currently, Gene has only one default Skin & More skins are coming for him soon, Gene is a Mythic Brawler like Tara, He can be unlocked by regularly opening chests or by buying with gems!

Checkout the video for more tips and tricks!

We hope you have enjoyed the article on “Brawl stars Gene Guide” He is a powerful magical Brawler and a good long ranged shooter, Use him properly, Learn his Geometry and angle of projections, It takes time to master him as it is going to be tough for beginners to handle him.